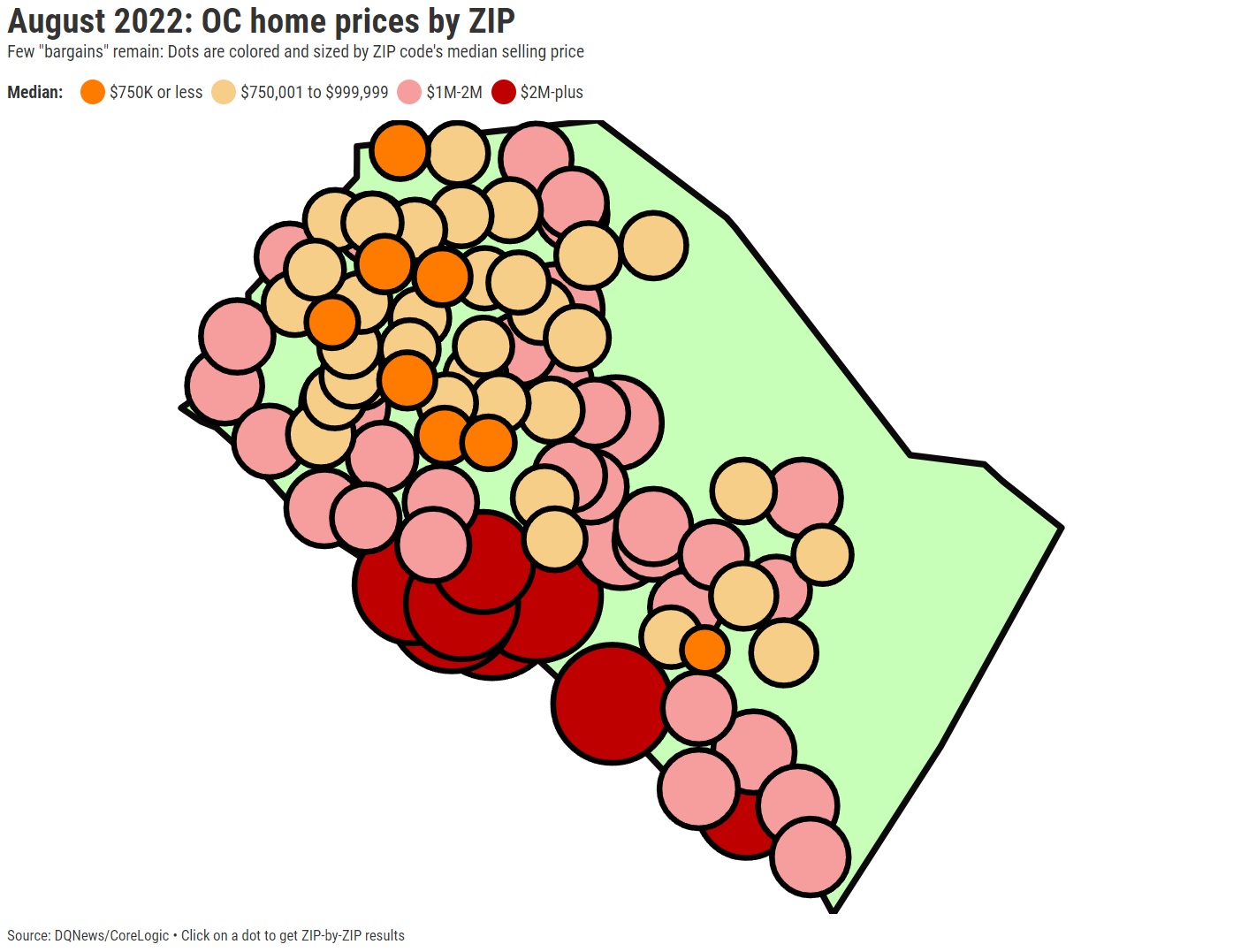 The summer housing crash in Orange County reduced the number of communities with seven-figure home prices by six from the spring and drove the median selling price below $1 million.

Let's take a less-than-traditional look at how the rapid cooling of the property market affected the prices that buyers were ready to pay.
My reliable spreadsheet compared "expensive" ZIPs (median selling prices $1 million and higher) with "affordable" communities (medians of $750,000 or less) using August homebuying statistics for 83 Orange County ZIP codes from DQNews/CoreLogic.
The countywide median for August dropped to $984,000, marking the first time since March that it was below $1 million and a 6.6% decline from May's peak of $1.054 million. But let's not forget that the median for August increased by 9% (or $84,000) in a single year. Think about how the neighborhood level was affected by the gyrations. Yes, monthly sales information for specific ZIP codes can be erratic, so price fluctuations might represent a diverse assortment of homes sold rather than shifting values. But when viewed collectively, the 83 local ZIPs show some interesting trends.
For instance, in August there were 41 Orange County ZIP codes with a median value of over $1 million, down from 47 in May when the county reached a record high. In August, there were 1,296 sales in these 41 affluent neighborhoods, or 51% of all transactions made countywide. A million-dollar ZIP, which was only two years ago rather uncommon, is now the standard in Orange County because of how drastically the pandemic altered the housing market. There were 28 million-dollar ZIPs just a year ago, compared to 19 affordable ZIPs. And in August 2020, when we were all analyzing the financial effects of the coronavirus, only 17 O.C. ZIPs had million-dollar median home prices, compared to 45 with sub-$750,000 pricing. Therefore, compared to 20% two years ago, 50% of Orange County ZIP codes had seven-figure pricing in August. In August 2020, 54% of all ZIPs will be in the under-$750,000 communities, down from 10% now. Recall how we get here. The first two years of the epidemic era saw a feeding frenzy brought on by low mortgage rates and a lack of supply. However, times have evolved. The purchasing frenzy is ended as investors and homebuyers flee from exorbitant prices and steeply rising mortgage rates. The payment burden is significant. In comparison to the same period last year, a 30-year fixed-rate mortgage averaged 5.38% in the three months that ended in August. Therefore, a typical buyer paid $4,412 per month for the $984,000 August median-priced home in O.C., compared to $2,996 for the $900,000 median—a 47% increase in anticipated home payments. Is it any wonder then that August saw a 31% decrease in sales across all price ranges from the same month last year? Sales fell 34% in the 41 ZIPs with seven-figure incomes, while they fell 28% in ZIPs with incomes under $750,000.
A big question is how future pricing will be impacted by this severe sales drop and the sharply increased mortgage rates that began in late September.

Click Here To Find Out How Much Your Home Is Worth 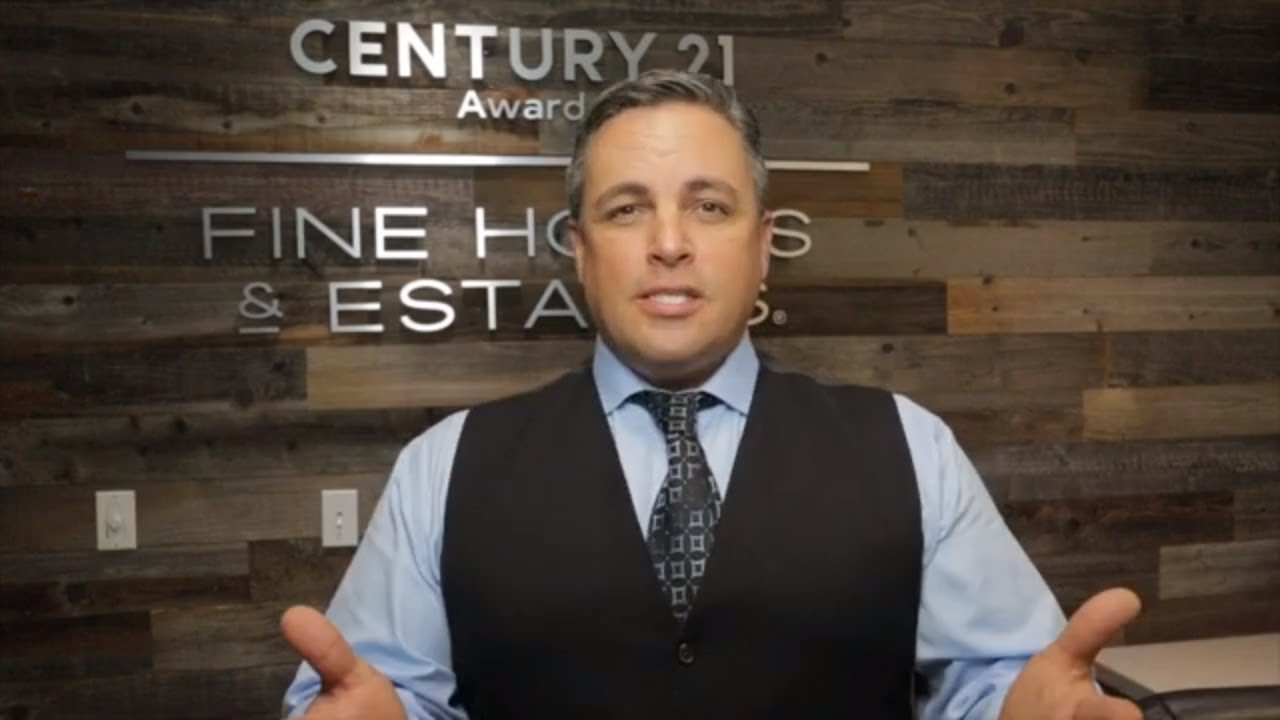